Self organized Development Team is one of the key strength of Scrum Team.
The team choose how best to accomplish their work, rather than being directed by others outside the team.

In order to have that kind of team from scratch is not as easy as flipping your palm since it involves changing people’s behavior.

Wise man said that experience is the best teacher. I will share some of my experience when I had a new Scrum Team and I tried to teach them about self-organized concept.

This is a story about my 2nd Scrum Team, the team was new to Scrum, even that was their first Scrum Team.
Which is good because it means they are open to a new idea, but could also be bad since they had their old behavior institutionalized.

There were some things that I think need to be done in order to help them to become self organized.

On The Same Page 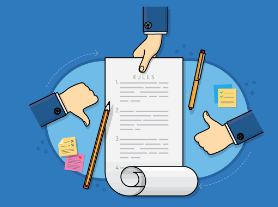 The team should have the same understanding about what “self-organized” is.
This is something that Scrum Master need to remind them.

I did this in daily stand up on their early sprints. Well not everyday, but quite often.

I reminded them that they are there for each other. Without one member, the team will be crippled.
This made the togetherness level in the team increased.

I also tell them that they own the sprint.
No one can override their decision about what happen in the running sprint.
This somehow gave them the feeling of being “important” and “take control”.

Once they had the same understanding about self organized, you have your first baby step.

Have your ever teach your child to do something, let’s say brushing his own teeth.
Then your child start to brush his teeth by himself, but since he’s still 3 years old, you don’t believe that he do it right.
Then you start helping him.
Next thing happen is that your child feels that there’s no point of doing that by himself since you will do it for him anyway, and even worse, he stop doing that because he feels that you don’t trust him.

Let’s say we change the situation.
You let him brush his own teeth but you are watching him while doing that. If he makes mistake, you tell him what he needs to do to fix that, or even give him example on how to do it right.

After he finish, you give him compliment whether he is doing it correctly or not.

Belive me or not, in no time he will learn to brush his own teeth correctly without you keep your eyes on him.

Same thing happen with your development team, give them your trust. You thought them about what self organized is, you gave them direction and examples, now it’s time to let them do it.

In no time your team can be a self organized team without you even realize it.

Push The Bird To Fly

Do you know how mother bird teach baby bird to fly?

First she teaches the baby on how to clap its wings, on how to float in the sky.

Then she pushes the bird from its nest, when the baby almost fall, she catches it again. She does that many times until finally the baby bird can fly on its own.

During the training, when she pushes it from the nest, somehow the baby bird will find that its mother is ‘missing’. But by the absence of its mother, the baby will clap its wings harder, it will try to survive by itself.

Sometime I scheduled a meeting during their daily standup, or I took a 3 days training during a sprint, or just pretended to ignore all their updates in JIRA (but in the same time keep watching if they had impediment and needed my help).

After few attempts, I saw the result.

Even in my team, the developer sometime helped the tester to test when the tester was not available.

By this time… It is no longer a baby step, your baby is capable of running by himself.

Self Organized is a matter of habit and maturity.

The tips I share above might result differently between each team. If you have a mature personality people in your team, it will be easier to implement.

Know your team personally, teach them, trust them, respect them and push them to fly.

Working in IT field since 2000. I started my career as a graphic designer, a web designer and a web programmer. Expanded my skill as a System Analyst. Not enough with that, I currently active in Project Management activities. A professional, a sport lover, a singer, a social community activist, a mother, a wife :) Visit my linkedin: bit.ly/christineanna-linkedin ---- Blog Owner: http://www.annalogy.info - - - - http://yummyremedy.wordpress.com - - - - Blog Contributor: https://www.ru-rocker.com View all posts by Christine Anna

2 thoughts on “Baby Steps To A Self Organized Team”